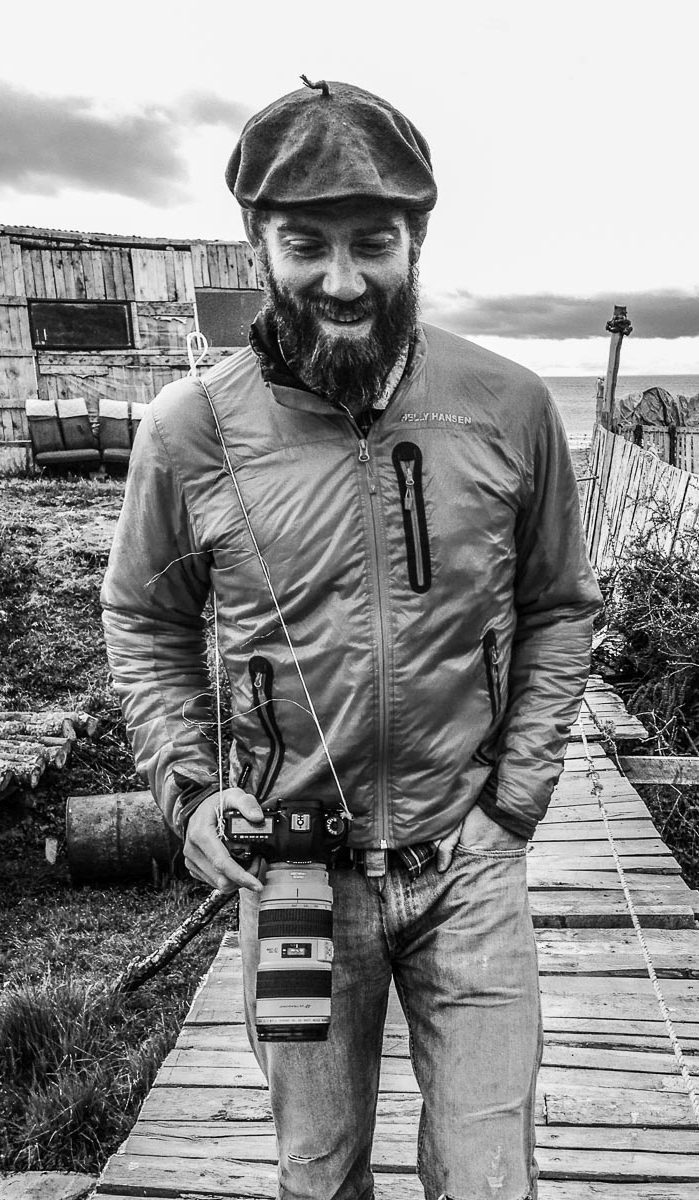 Paddy Scott is a photographer, cameraman and filmmaker. His ability to capture the very essence of what he sees, whether for film or stills, gives his work a quality of integrity that is immediately understood by any person viewing it. Paddy’s photography has been credited with numerous awards, most recently he was a finalist in the 2017 Wildlife Photographer of the Year Awards, his image ‘Unstoppable Force’ was on display in the exhibition at the Natural History Museum. Paddy was born in London in 1982 but is as at home in the wilderness and in extreme environments as he is in the city.

After studying Documentary film making at the London Met School Paddy began his career as a cameraman working on music videos for Florence and the Machine and Coldplay where visual choreography and lighting became second nature. Paddy’s keen interest in current world events and his belief in documenting truth without judgment soon lead him to news work for the BBC, Aljazeera and Associated Press.

As well as politically hostile environments Paddy has spent a lot of time working in environmentally hostile places. He has spent two seasons as a cameraman and photographer in Antarctica where he twice reached the South Pole and became adept at working in Polar environments, he has used drones to film climbing expeditions in the Himalayas, he has followed British Olympic gold skier Chemmy Alcott skiing in Greenland and he has paddle boarded with his camera up the Amazon as expedition photographer. His photographs of the Amazon’s Rio Negro were featured by Condé Nast Traveller magazine.

In 2015 Paddy embarked on two expeditions that enabled him to photograph the subjects closest to his heart: enormous landscapes, wildlife, and the joys and trials of ordinary lives in extraordinary places. First was an expedition to Patagonia where Paddy climbed some of the regions highest peaks and spent time with a farming family who had campaigned to prevent the damning of the Baker River. Later that year a photography expedition across India following the trail of Mark Shand for the charity Travels With my Elephant resulted in photographs of rural India that defy any sense of time.

Paddy’s understanding of landscapes and the people living in them gives him the ability to photograph Cornwall as though it is an un-encountered wilderness and to photograph a Patagonian gaucho as though a member of his close family.